Not Perfection, but Progression

Between moving, some missions opportunities and nearly a week of training in Panama, my schedule has been pretty hectic since finishing my time at language school in August. But as Polly ramps up for her 2nd and final trimester of language school, my schedule momentarily ramps down for enough time to write a blog.

Language learning is obviously a critical element of the work we will be doing in Costa Rica. Without the language we cannot communicate. And most of what we do is communication. So I'm sure some people are wondering how my 8 month investment in intensive language learning went. Can I speak Spanish? Admit it, you know you were wondering that. So let me unpack the answer for you a little bit here by comparing where I came from to where I am today.

No. I'm far from perfect and have a long way to go. But I can hold conversations with people, ask and answer complex questions and even do an interview for a local online newspaper. Say what? That's right. My first ever Spanish quote has been documented in this article. Of course, I didn't have the opportunity Genevieve had to meet and hold a Spanish conversation with the president, but then again, she's more fluent than I am. Don't believe me? Check this story out:

We left Jonah's blanket at the hotel in Panama back in March. They still had it so I went to the desk to pick it up last week. On the way, I realized that I couldn't remember the word for blanket. Thankfully Genevieve was with me. "Hey Genevieve, how do you say 'blanket' in Spanish?" Genevieve, without hesitation, replies, "Cobija." Naturally, she was right.

So, while I'm not there yet and clearly still make mistakes, I am progressing. As is Polly. That's all we can ask for. Of course, Genevieve is already there. It's almost unfair...almost. 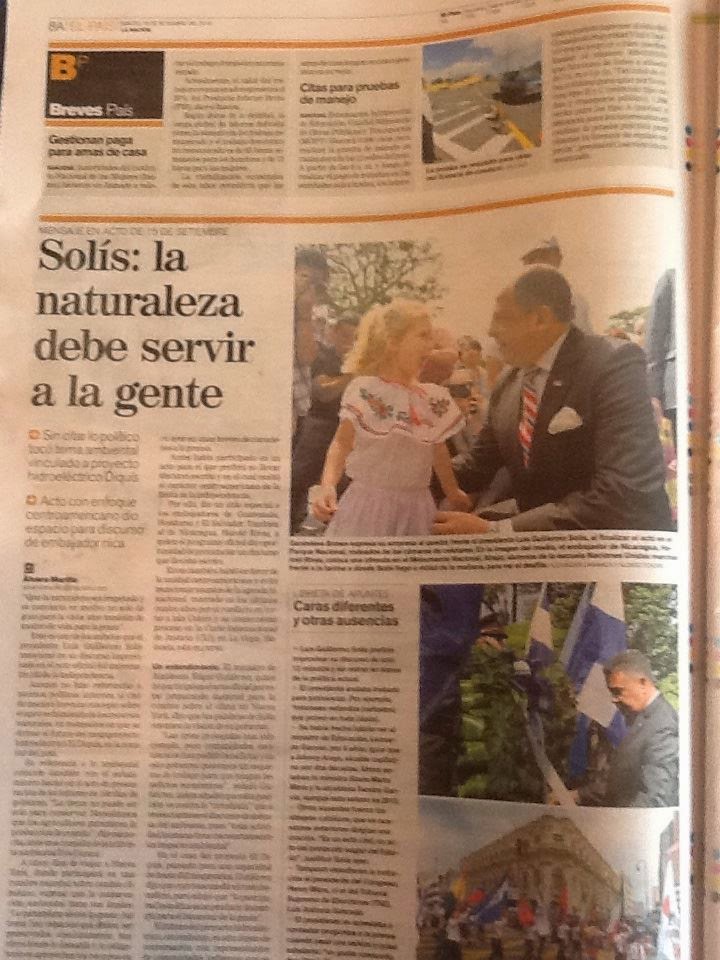 Posted by Mike and Polly Brown at 1:00 PM No comments:

Set up an Ongoing Monthly Commitment